Blog - Latest News
You are here: Home / Uncategorized / What “Coaching” Can Do for High Risk Industries?

“Coaching”  is heard a lot lately, both in private discussions and into the business environment. What about applying it around high risk operations? 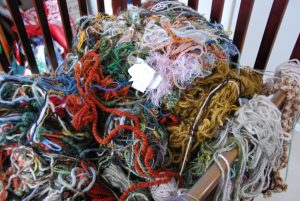 “Coaching” an advent that first introduced at Oxford University in the 19th century had become very popular during the last 20 years, even into the business world. In the 19th century the term ‘coach’ was used to describe a tutor who was ‘carrying’ a student through his/her exams. Ever since, late statistics by the International Coaching Federation  had proven that both individuals and companies  noted a distinguished  positive improvement and they had agreed that their investment had paid back from coaching, in fact 96% of the clients who had participated in at least two coaching sessions said that they would “repeat the process if given the opportunity”. The numbers show that improvement had been noticed into work performance (70%), business management (61%), self-confidence (80%), and forming of better relationships (73%).Overall business entities that had ordered executive coaching sessions for their management teams broke even their investment fast and were happy with their decision with an 86% acceptance outcome.

So, how ‘Coaching’ can be useful for high-risk entities?

It was the Chernobyl disaster and its final accident report that had issued the term ‘Safety Culture’, a still ill-defined academic term, that a bit later was related to ‘Coaching’. Culture is fast explained by ‘the way things are done around here’ while ‘Coaching’, a set of a specific questioning techniques, works as a trigger in people’s reflection and self-awareness, two qualities crucial for any form of human  development, communication and learning advancement. Coaching exists to give people a clearer perspective on both the present and the future, to identify gaps in the selected course of action and be there in finding solutions to bridge them all. In other words ‘coaching’ is the tool that can create and encourage the right kind of culture around the business environment for high-risk Organisations. It became an extremely useful idea to be used for shaping up ‘Safety Cultures’ when it had been realized that humans are not just interacting with machinery around a complex system. People not only interact with it, but they also form teams and they carry common characteristics that play a substantially important role that should be identified. It is still questionable though  how the idea to apply ‘coaching’ was born into shaping up safety Cultures but possibly it was  realized that Organisations never  hold the same corporate values for years and people cannot maintain the same behavior patterns  for long time, without ‘motivation’.

Coaching is additionally supported by the fans of the school of thought applied to safety, known as “Human Performance Improvement” (HPI). The subscribers of this notion might focus on what they call “human error”, but they readily admit that humans get hurt for three basic reasons: they cannot recognize the risk, they fail to mitigate it, or the precautions they take are inadequate to address the risks. It is only the Safety Culture mixture, the one created and maintained by the organisation itself, which will make it impossible for the employees of any organisation to underestimate the probability of all risks to result into a systemic accident.

The efforts to measure assess and map the prevailing Safety Culture in any high reliability Organisation had opened up the road for coaching to working with values, principles, beliefs and limiting beliefs, which   guide the behaviors of both management teams and human agents close to the sharp end of accidents. In that occasion, coaching can be applied to maintain, enrich existing values and/or infuse new ones, when it is blatant that existing values do not fully support current safety goals. In other instances, coaching can be used to assist the personal development of employees in high reliability entities.

Life experiences prove that either “Do-as-you-are-told” cultures do not exist or they cannot excel in safety excellence. On the other hand, “leadership is a manager’s ability to get subordinates to develop their capabilities by inspiring them to achieve” (Reinecke& Schoel, 1989), which means that if that kind of leadership prevails it creates cultures that grow in capabilities and thrive on achievement without being told to do so. Leaders of that kind expect excellence but they cannot demand it.

Employees in those high-risk Organisations need realize that the safety their organisation seeks for is not a journey’s end for them; instead, it is a continuous improvement trip towards excellence, with intermediate milestones along the way, but with no destination other than the ability to take continually steps toward greater excellence. It is highly likely that their continuous personal improvement plan will be  full of doubts and tricky paths while  any intervention from their closest persons might be natural, and comforting, but it can also be risky at times and not entirely impartial. It is then that the ball of yarn becomes untidy, with threads becoming tangled, creating a mess that cannot be solved without external unbiased interference. It is the Coaching with the fresh perspective and the absence of personal agenda the answer.In short,we create a positive influence on people who have influence on safety. What can you tell?

Find out more or adjust your settings.

This website uses cookies so that we can provide you with the best user experience possible. Cookie information is stored in your browser and performs functions such as recognising you when you return to our website and helping our team to understand which sections of the website you find most interesting and useful.

Strictly Necessary Cookie should be enabled at all times so that we can save your preferences for cookie settings.

If you disable this cookie, we will not be able to save your preferences. This means that every time you visit this website you will need to enable or disable cookies again.